The Smart Woman’s Guide to Philanthropy: How to Really Make a Difference 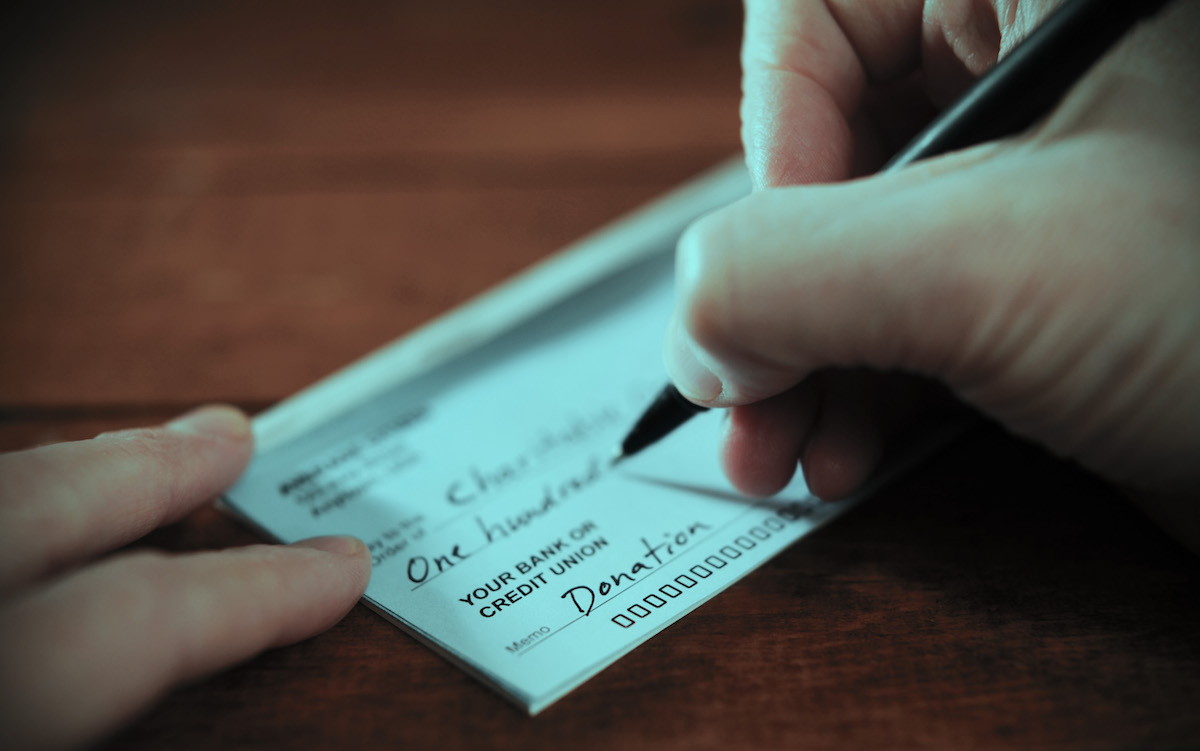 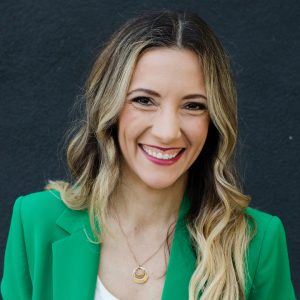 Among the many meaningful ways women are changing society for the better, one stands out: philanthropy.

Women are creating seismic waves in the charitable giving space and are actively changing what it means to be a philanthropist in the modern world.

Pivotal and timely questions detailing this phenomenon include:

For Starters, Women Have a Lot of Financial Power

How have women begun redefining what it means to be a philanthropist?

Over the years, they’ve gained unprecedented access and control over money. Currently, women control about $10 trillion dollars, translating to roughly a third of total household assets.

And if that number sounds like a lot, wait for what’s coming.

McKinsey & Company estimates women are expected to receive an immense financial windfall over the next three to five years, valued at over $30 trillion dollars by decade’s end. To put this number in perspective, it is just shy of the entire gross domestic product (GDP) of the United States.

Another analysis by the Boston Consulting Group anticipates that women will control $93 trillion dollars globally by 2023.

As women accrue more money and take ownership of their household assets, it’s not hard to see how women are becoming the new face of wealth in America.

The next question is, what are they doing with their wealth?

Align your money with your values.

Learn how by speaking with a Financial Advisor today.
Schedule a Call

The Future of Philanthropy is Female

There are some notable differences between the way men and women tend to handle their money, and the way women do things seems to pay off in increased savings and higher returns.

Typically, women are more likely to seek professional advice, educate themselves on financial matters, and center their decisions around supporting their life goals. An important life goal for many women is to make a meaningful difference in others’ lives.

One way to accomplish this goal is sustained charitable giving.

For Women, Giving and Wealth Go Hand In Hand

More than ever, women feel that making a difference with charitable giving is a defining marker of wealth. This means for many women, wealth and charitable giving should not only be interchangeable, but one of the key features of wealth is doing good with it.

According to Fidelity, 75% of millennial women cite empathy as the driving force behind their charitable efforts. Women tend to seek out causes they connect with and want to make contributions that truly reflect authenticity and impact people’s lives.

Along with the emotional connection, the same Fidelity study notes that women are more likely to conduct in-depth research on specific charities before donating their money. This research tends to go beyond what the charity does and how it uses the money.

Women want their gifts to impact the community, culture, and society. Many women ask themselves how their contributions will affect a particular community and how they can make a difference with their wealth. Much thought, attention, and care goes into so many women’s giving choices.

Even better? Charitable giving is an integral part of women-led households.

Research from the Boston Foundation shows that women give a greater percentage of their wealth to charitable causes than men. All households headed by women — no matter their income, age, ethnicity, etc. — give more money and are more likely to give consistently.

One leading expert in the field, the Women’s Philanthropy Institute, found in their most recent report that if one person in a partnership makes decisions about giving, it’s most likely to be a woman.

In addition to household units, women are also more likely to engage in group giving via collective giving, giving circles, and other team-based giving approaches.

In conjunction with being more charitably inclined, women also have extended longevity — roughly 5.4 extra years — compared to men, so many will have the opportunity to give for a longer period.

The traditional idea of a philanthropist is an affluent person who gives a lot of money to charity and attends fundraisers and other events.

Women are adding new dimensions to this definition — their time, talents, and voices.

Women are becoming more vocal about their giving. Take MacKenzie Scott, for example. After her public divorce from Amazon founder Jeff Bezos, MacKenzie has made a concerted effort to carve a space for herself as a philanthropist.

In less than two years, Ms. Scott has donated over $8.8 billion to more than 780 organizations, a number Forbes estimates is four times greater than her ex-husband has donated in his entire lifetime. Another hallmark of her gifts is that many donations are in the form of unrestricted grants, meaning the organizations can use the money as they see fit, not on specific areas or programs. This decision opens the door to more trust-based philanthropy.

And there are countless other examples of high-profile female philanthropists who speak out about their giving. As women become more confident and comfortable in that role, they empower and inspire other women to take charge of their personal and household giving efforts.

Ask and You May Receive

This additional publicity demonstrates there’s immense power in the simple task of asking women for donations. A famous example is Dartmouth College.

In 2002, Dartmouth asked women to each give $1 million dollars (or more) to a college fund. At first, they didn’t have much success; only four women alumni made donations.

After fine-tuning their strategy, they decided to try again and the results changed dramatically.

Their 2021 Call to Lead Campaign resulted in over 100 women donating at least $1 million dollars, totaling $379 million in campaign commitments. The chairwoman of the board said she believed their success came from several areas, like asking women directly, taking them seriously, providing nuanced descriptions and projections, and ensuring their money had an impact and legacy.

Philanthropy Isn’t All About Money

For many women, being a philanthropist isn’t just about the size or frequency of financial gifts. Instead, it’s about creating a unique space where your gifts can serve a larger purpose in life.

How can philanthropy become part of your lifestyle? Here are a few ideas:

Donating money to charity will always be a staple in philanthropy. Still, many women are taking it a step further by giving their time and making their philanthropic efforts a significant part of their lives. In many ways, philanthropy becomes a piece of identity and personhood, giving it additional meaning in women’s lives.

How Women Can Give Intentionally

With so many organizations and causes that need help, where should you start?

Take Your Time and Research

It’s important the organizations you donate to are ethical and use the funds in ways that offer the most support. You can learn more about charities you’re considering on Charity Navigator and GuideStar. You can also look at the IRS searchable database for charities. Doing so simply ensures that the charity holds the status they say they do.

Instead of piecing together a haphazard giving strategy of random checks and donations, focus on areas where you can have the most impact. This might mean a blend of local and national charities, giving your time via volunteering, and taking a more active role in a select few organizations.

To stretch your dollar as far as it can go, focus your efforts on places that maximize your gifts. When you center your efforts on impact, you set yourself up for long-term giving.

While writing a check can be a viable donation method, it isn’t always the most effective or efficient way to give. If charitable giving is a significant part of your financial life, you may be able to take advantage of certain tax benefits for your generosity.

Consider donating appreciated assets and securities. By doing so, neither you nor the organization needs to pay tax on the gift, which maximizes what you can contribute.

You could also look at opening a donor-advised fund (DAF). A DAF is like a charitable investment account where you donate assets and recommend grants to charitable organizations whenever you wish. Donating this way is an excellent path to involving your family in giving, perhaps letting each family member research and select a place they would like to direct the funds.

Another tax-friendly way to give is bunching charitable donations, meaning you give multiple years’ worth of donations at a time. This lets you take advantage of itemizing your deductions in set years.

Make Giving a Regular Part of Your Life

While many people think about giving as a year-end tradition, charitable giving isn’t reserved for the colder months. There’s always a great need for charitable giving throughout the year. Once you choose a few organizations you want to support, consider contributing regularly and even automating donations.

Alongside your regular financial contributions, you can also consistently give through volunteering your time and other efforts.

From Donor to Philanthropist, Creating a Charitable Giving Legacy

Women are taking the lead in defining a new era of philanthropy. Their shrewd money management skills and desire to give back meaningfully and purposefully are altering the way we view philanthropy and charitable giving forever.

A curious transformation happens when you evolve from being a donor to a philanthropist: you go from being more passive to active, while also embodying a stronger sense of values and identity. As soon as something becomes a marker of who we are, it begins to inform our thoughts, feelings, and actions.

Since women are more likely to seek financial advice when planning their giving, they can think more deeply about the impact of their gift today, tomorrow, and well into the future.

Abacus is proud to celebrate women and the incredible efforts they’re making in philanthropy. We’d love to help you create your own unique and lasting legacy of giving. Set up a time to meet with our team today. 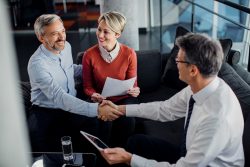 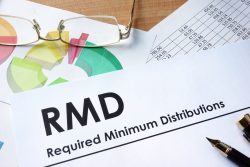 Here’s What You Need To Know About Your RMDs

3 Retirement Tips for People in Their 60s