Do I Need an Annuity in My Financial Plan? 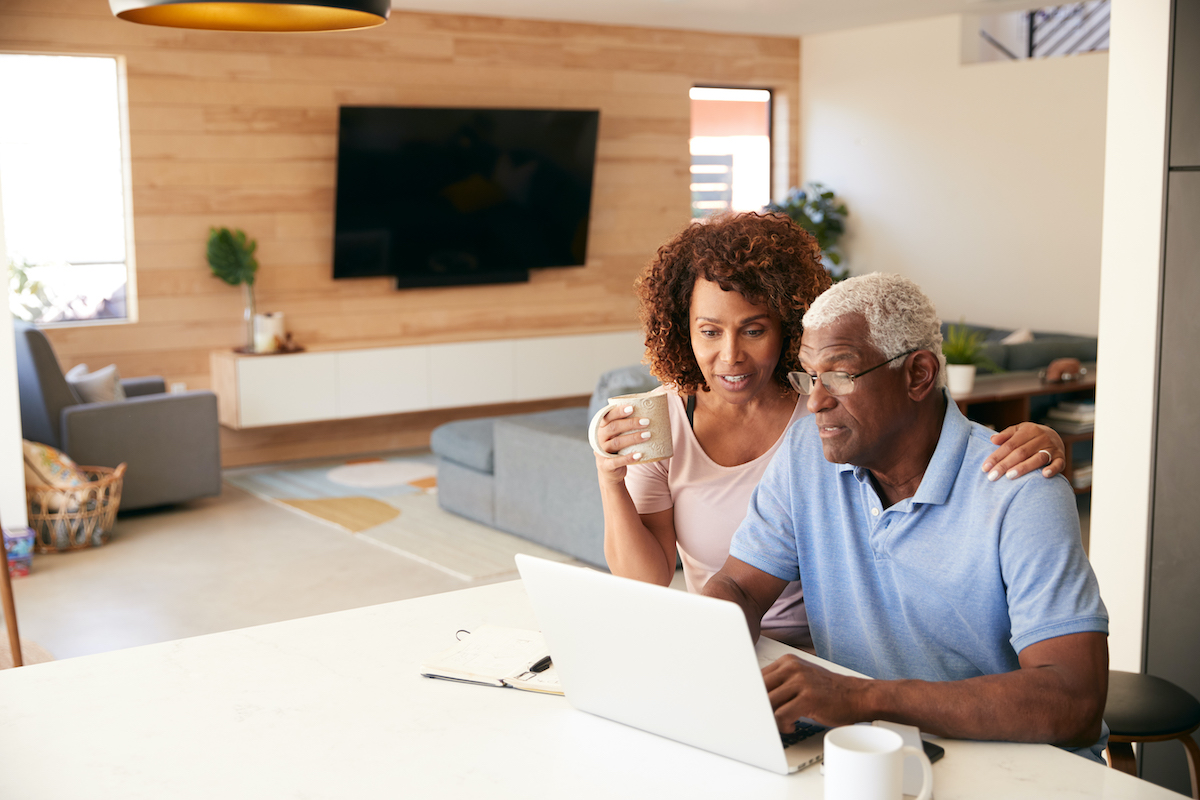 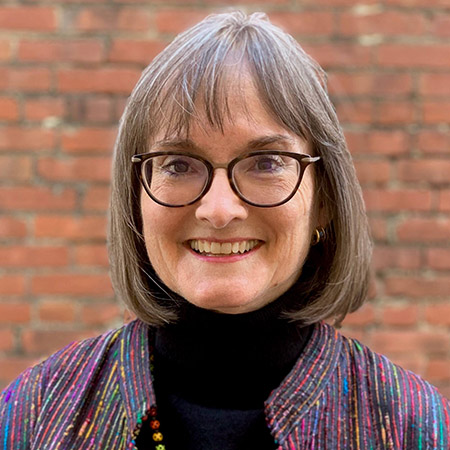 Kathryn Peyton is a financial advisor at Abacus Wealth Partners. Read My Bio →

Many people hear the word “annuity” and their eyes glaze over. That’s partly because they have a reputation for being expensive, and partly because annuities can be confusing. There are so many different types of annuities, all with their own structure and function. As John Rekenthaler of Morningstar says, Americans are more likely to spell “eudaemonic” correctly than describe the four main types of annuities.

Not all annuities are unapproachable, however, and they can play an important role in some financial plans. Generally speaking, the simpler the annuity is, and the more transparent the terms are, the more likely an annuity might fit in a solid retirement plan. While Abacus does not generally recommend annuities, they can provide welcome certainty to portfolios that might not last for a lifetime, and to clients who are very concerned about managing retirement income for themselves.

Although annuities are often misunderstood, you should know what they are, how they work, what they cost, and if one suits your needs before browsing for products.

An annuity is a financial product that offers a guaranteed income stream based on a contract between an issuer and buyer. This income stream can last for a certain number of years or for the rest of your life, depending on the contract.

To purchase an annuity, you pay a lump sum or installments in exchange for receiving steady monthly payments once the payment period begins. (We’ll discuss the different types of arrangements in the next section.)

What is the goal of an annuity? To help mitigate the risk of outliving your savings. Annuities are insurance products, and just like other insurance, you’re transferring risk to the insurance company. With an annuity contract, the payout is guaranteed for at least some period of time

You’ve likely seen commercials for annuity products—happy retirees on the beach with a whale in the background, enjoying retirement without the stress of potentially running out of money.

But, remember, your entire retirement income plan shouldn’t rely on one product or source of income. It’s important to view your plan holistically and comprehensively to see if (and where) an annuity fits before being swayed by an overly idyllic image.

Want smart updates on the world of money?

Get our latest updates delivered to your inbox.
Subscribe to our Newsletter

You’re probably familiar with annuities and just didn’t know it because they go by another name. But, an annuity by any other name may still sound as sweet! (Hat tip Shakespeare.)

The most well-known is Social Security—an annuity provided by the federal government. You pay into Social Security throughout your working years and, in return, receive a monthly check for life based on your earnings record and how you choose to file.

Although they are becoming less common, an employer-sponsored pension is another type of annuity. In fact, many employers actually fulfill their pension obligations by buying annuity contracts from insurance companies on behalf of their employees.

Interestingly, despite the stigma that often surrounds annuities, the public commonly laments the decrease in employer-sponsored pensions.

Are There Different Types of Annuities?

Annuities come in many flavors. Remember, annuities are contracts, so the specific details will vary from company to company but they will generally fall into the categories below, based on when payments start and how the account grows.

An immediate annuity makes payments to you as soon as you purchase it, with one single payment. For example, a single woman investing $70,000 at age 65 will receive $310 per month for the rest of her life, according to immediateannuities.com. When she dies, whether it is at 68 or 98, the annuity ends and no one inherits. You may also see this annuity called a single-premium immediate annuity, or SPIA. In terms of complexity, these are the most straightforward and easiest to understand, and along with deferred annuities, below, are the types of annuities that we most often recommend to our clients. They work best for people who are likely to live a long life, and are concerned about making their money last.

A deferred annuity is one you pay for now, but you start receiving payments in the future. Because payments are delayed, your contributions can grow over time, which increases the  amount of eventual payments. For instance, if our woman in the previous example deferred her annuity until she was 75, she would receive $593 per month at today’s rates. Immediate and deferred annuities tend to have the lowest costs, and the least likelihood of hidden fees. One other important note: the simplest annuities (and the ones that provide the highest income up front) do not increase over time, so the value of the payment will decline with inflation.

A fixed annuity offers a set, or fixed, rate of interest. As with any financial vehicle, the fixed guarantee means the return tends to be much lower than it would be for other investment types. People generally buy fixed annuities well before retirement, and the amount they invest in the annuity will grow at a fixed rate over time, until the date they “annuitize” it, or start to take monthly income from the investment balance. There are many options and complicated twists that can be offered with this annuity, which makes them hard to understand. It is also difficult to “comparison shop” for these annuities, as different companies manage them in different ways.

Often, a variable annuity will include a minimum level of return regardless of how the investments perform. They come with death benefits if you die before the account is annuitized. Variable annuity contracts tend to be very complex, however, with high underlying fees. You can easily pay much more than you would for a comparable mutual fund combined with a term life insurance policy. In addition, when money is withdrawn from a variable annuity, the portion of the withdrawal that resulted from stock market gains is taxed as ordinary income.

An annuity contract will be some combination of the types above. For example, an immediate fixed annuity pays out immediately and earns a fixed rate of return, whereas a deferred variable annuity pays in the future and earns a variable return.

What are the Benefits?

The main annuity benefit is it can give you a steady income stream you don’t have to worry about. In retirement, this can be a big stress reliever especially if you’re worried about not having enough to cover necessities.

One helpful strategy is to purchase an annuity to cover the necessary expenses Social Security doesn’t. This can give you more budget flexibility and the comfort of knowing you don’t have to worry from month to month.

You also won’t have to pay taxes on your annuity until you start taking distributions.

Although we have spelled out the basics here, annuity contracts are often complex vehicles that require appropriate time and attention to get right. Not every product will be a good fit for you. Work with an advisor who can offer objective advice as to whether or not a product is right for you financially.

When you buy an annuity you agree to leave your money in the contract, meaning you won’t have access to it other than as outlined by the contract. More often than not, early withdrawals are accompanied by steep surrender penalties (meaning fees for withdrawing funds early).

Annuities also do not receive the preferential capital gains tax treatment other investments made with after-tax dollars do. Your annuity payout will be taxed as ordinary income, which has important tax planning implications.

When is an Annuity Right for You?

An annuity should only be purchased after careful consideration. Rather than sorting through all the nuances on your own, consider working with a trusted fee-only, fiduciary professional who understands the complexity of annuities.

The first step is to know your goals and needs for the future. Until you know what you need to accomplish, you can’t know if an annuity (or any other investment) is right for you.

Call us today to create a plan for achieving your financial goals and find out if an annuity may be a good plan fit. 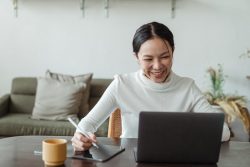 How to Make a Comprehensive Financial Plan 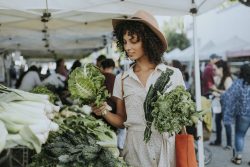 Top 3 Ways to Align Your Money with Your Values 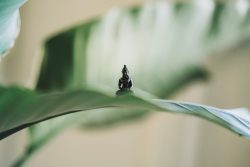 Online Workshop: The Dharma of Money